[The experiment was carried out at Sids Poultry Research Station,
Animal Production and Research Institute, Agriculture Research Center,
to study the effect of some anti-heat stress compounds on productive
and reproductive performance of Bandara and Dandarawi chickens during
summer season (June, July and August) where environmental temperature
ranged from 22- 38°C and humidity from 35-60%. A total number of 90
females and 9 males at 30 weeks age from each breed were divided to
three treatments with three replicates for each treatment. Basal
commercial layer diet was fed to the hens without supplements (control
group), the second treatment fed basal diet supplemented with 20 ppm
Acetyl Salicylic Acid (ASA) as Rivo and the third treatment was fed
basal diet supplemented with 20 ppm Metamezol Sodium (MS) as Novalgin.
The results obtained from the study can be/summarized as follows:
J - Adding MS or ASA to diets improved egg number and the improving was more with MS than ASA.
2- Egg mass was significantly higher when adding MS or ASA for both Bn or Dn than untreated group.
3-
Feed intake was increased in Bandara treated groups compared by free
diet group. While it was decreased in Dandarawi hens supplemented with
ASA.
4- Adding ASA or MS to diets improved fertility and hatchability percentages compared by free diet group.
5- The treatments had no significant effect on mean of percentages of hatched chick weight to egg weight.
6- Body weight gain was higher in ASA group compared to MS and control groups.
7-
Bn hens had significantly lower blood ph with ASA group. While, there
were no significantly differences in blood ph for other groups.
8-
Rectal temperature was significantly lower in treated group than free
diet groups. But MS group was more efficiency in decreasing rectal
temperature of Bandara hens than other groups.
9- Respiration rate
was significantly lower of Dandarawi treated groups, but the decreasing
is not significant in Bandara treated groups compared with free diet
groups.
10- Semen volume per ejaculate was more in Dandarawi than
Bandarah. Moreover supplementing MS or ASA increased it compared by
free diet group for each Bn or Dn breeds.

11 - Dandarawi males was had higher semen quality than Bandarah.
Supplementing ASA or MS to Bandara diets or Rivo to Dandarawi improved motility of semen compared to untre.ated diets.
12-
Adding both ASA or MS to diets were decreased the cost of feed used to
egg production for both Bn or Dn ,on the other hand, using ASA in Bn
diets increased the feed consumption and feed cost for egg production.
It
can be concluded from this study that supplementing both ASA or MS to
layer diets at 20 ppm as an anti-heat stress improved both production
and reproduction performance of Dn and Bn hens . Moreover, further
study should be made to confirm if the prolonged use of these compounds
caused side effects or not.] 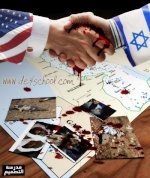